In July 1902, thirty people on Lopez Island met to organize a Congregational church. Congregationalists held the belief that local churches were in charge of the worship, beliefs, and church administration. At the time, Center Church (built in 1887) was still part of the Presbyterian denomination, and there was a Methodist Episcopal Church (built in 1893) next to where the Community Church would be built in 1904. Both the Methodist church and the future Community Church were gifted adjacent property by the Weeks family for churches to be a part of Lopez Village. The above picture shows both church buildings, as well as the original school (now library) and Methodist parsonage. The long building on the left was a horse stable for early churchgoers.

For the first two decades, the Community Church building was not used regularly except for special occasions. At a time when it took almost all day to travel across the island, church services were held near the largest amount of residents. Congregational services were held at Center Church, the Mud Bay school house, and Richardson in the evenings, where the original Congregational parsonage stood.

In 1916, the Congregational and Methodist Episcopal churches united for the sake of harmony and efficiency. The plan was that the two churches would hold joint services and contribute the same amount for a shared minister, with an annual salary of $700. The position would alternate every two years between a Congregational and Methodist ministers and there was a Methodist parsonage on site. Previously, Methodist ministers had hosted family gatherings between the denominations.

In a 1928 meeting, a church conference superintendent made the proposal that one or the other churches withdraw and leave the other one in charge. The Methodist church withdrew from the agreement in 1932 as the island population declined in the hard times of the Great Depression. The Congregational church reorganized to include members of both churches, but sold the original Methodist parsonage to a local farmer for $123. By World War II, the church relied on a minister routinely flying over from Friday Harbor to preach. For his convenience, services were only held in the village and not at Center Church or other island locations anymore.

In the 1950s, there was still no parsonage on site, and the island had no resident minister at any of the three churches. In 1957, the original Methodist church building was converted into what is still the current parsonage, which allowed the church to have its first full time minister. With no supplemental building, the Fellowship Hall was built in 1962. Around that time, the Congregational church denomination merged with the Evangelical and Reformed Church to become the United Church of Christ (UCC). For a period of time, the Lopez church held this name. In 1974, after building loans were paid off to the Congregational Church Building Society, the church adapted a new constitution to officially become the Lopez Island Community Church, which it always been known as.

While Lopez Island has changed dramatically over the past century, the Community Church has remained a part of the village which has become the heart of the island. Many renovations have taken place to the church, but perhaps the most significant was raising the original building in 2003 to redo the foundation and expand the sanctuary, before the building’s centennial celebration. After that, church elder Phil Graham reported: “it should be good to go for another hundred years.”

Historical Notes from Church Members of Longstanding (May 1984)

Before and After Pictures: 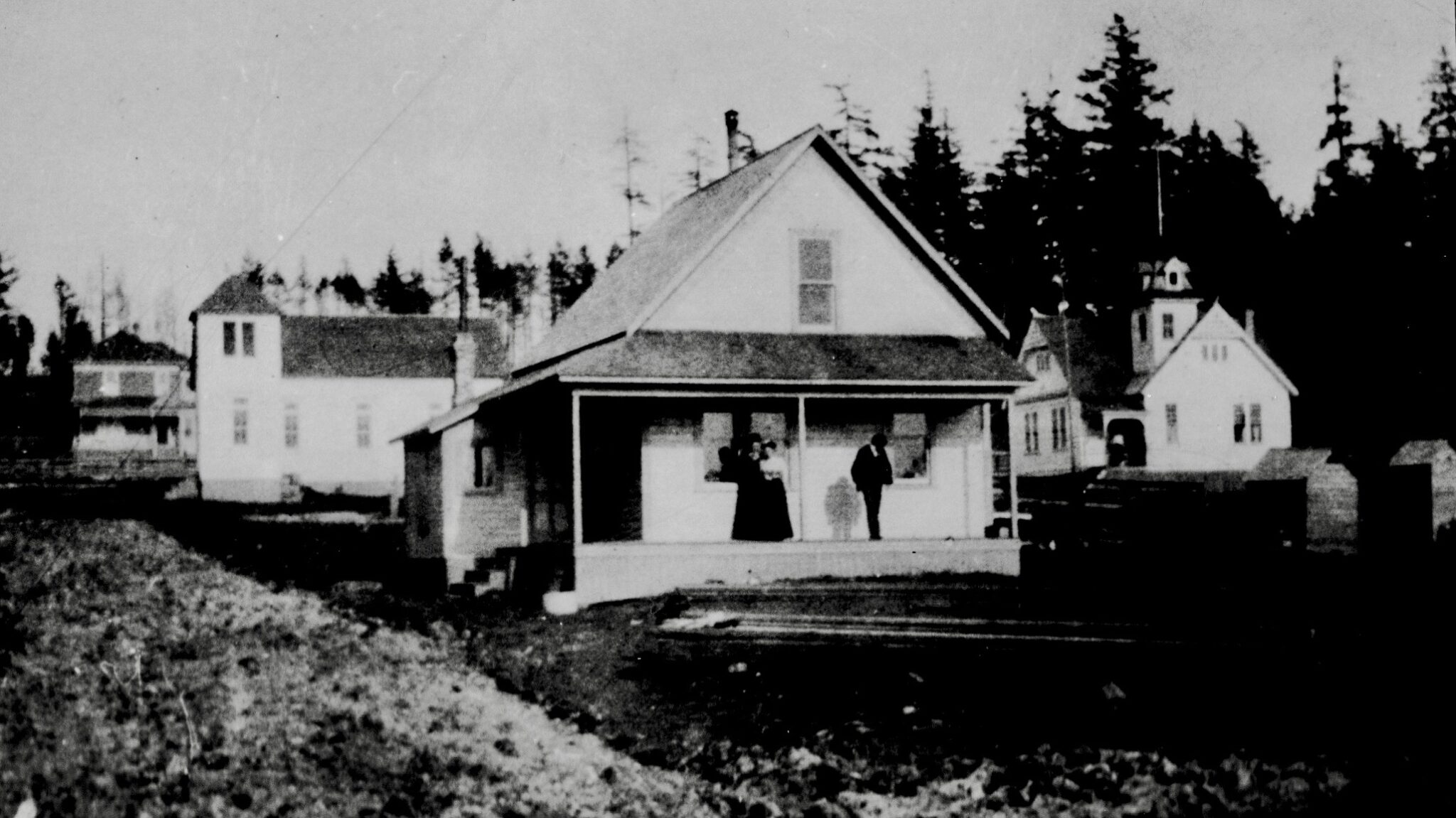 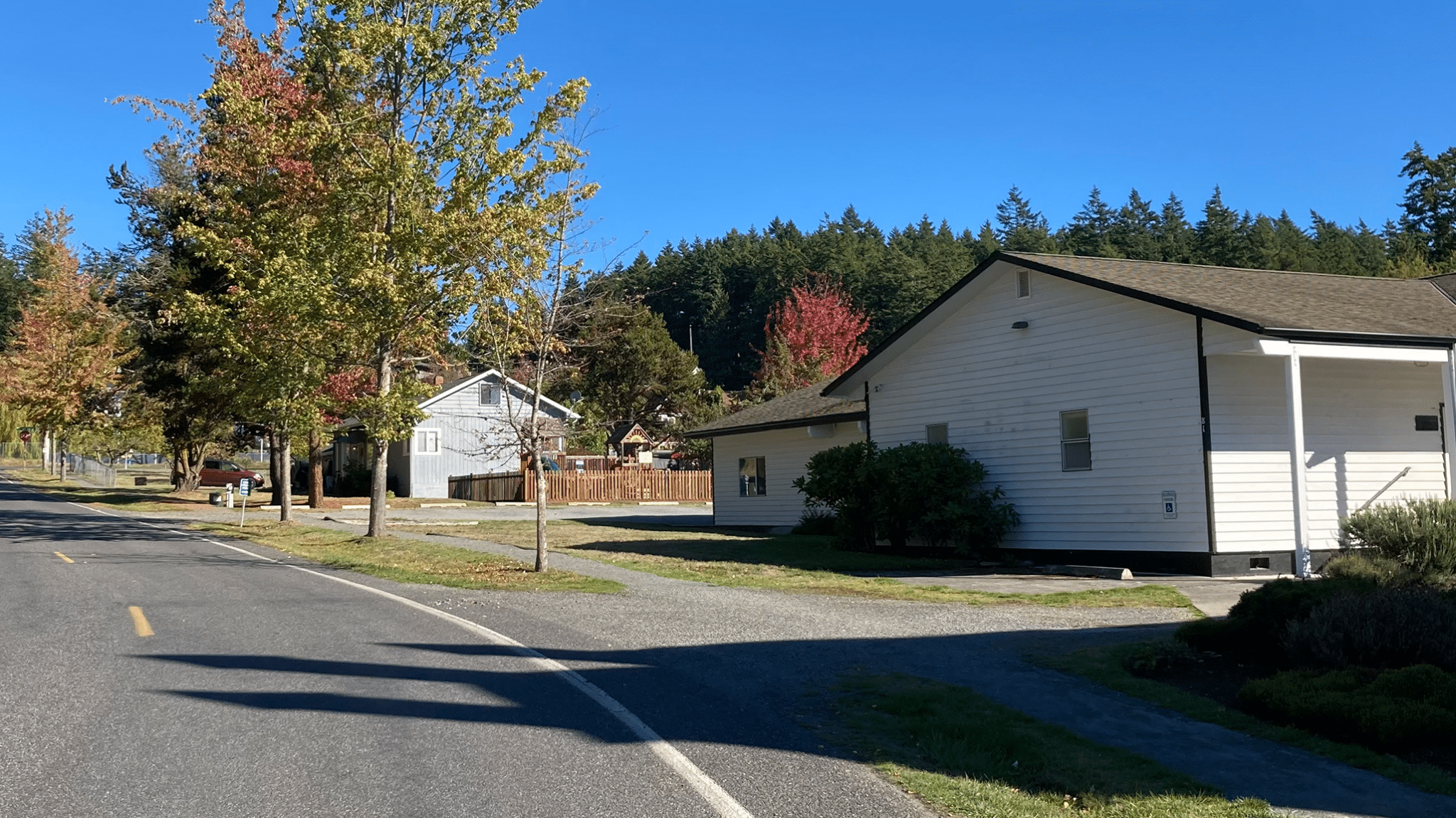 Above: Looking at the Methodist Church (later rebuilt as the parsonage) and the original Methodist parsonage. The house on the left still stands and the school house was later moved across the street to become the library. 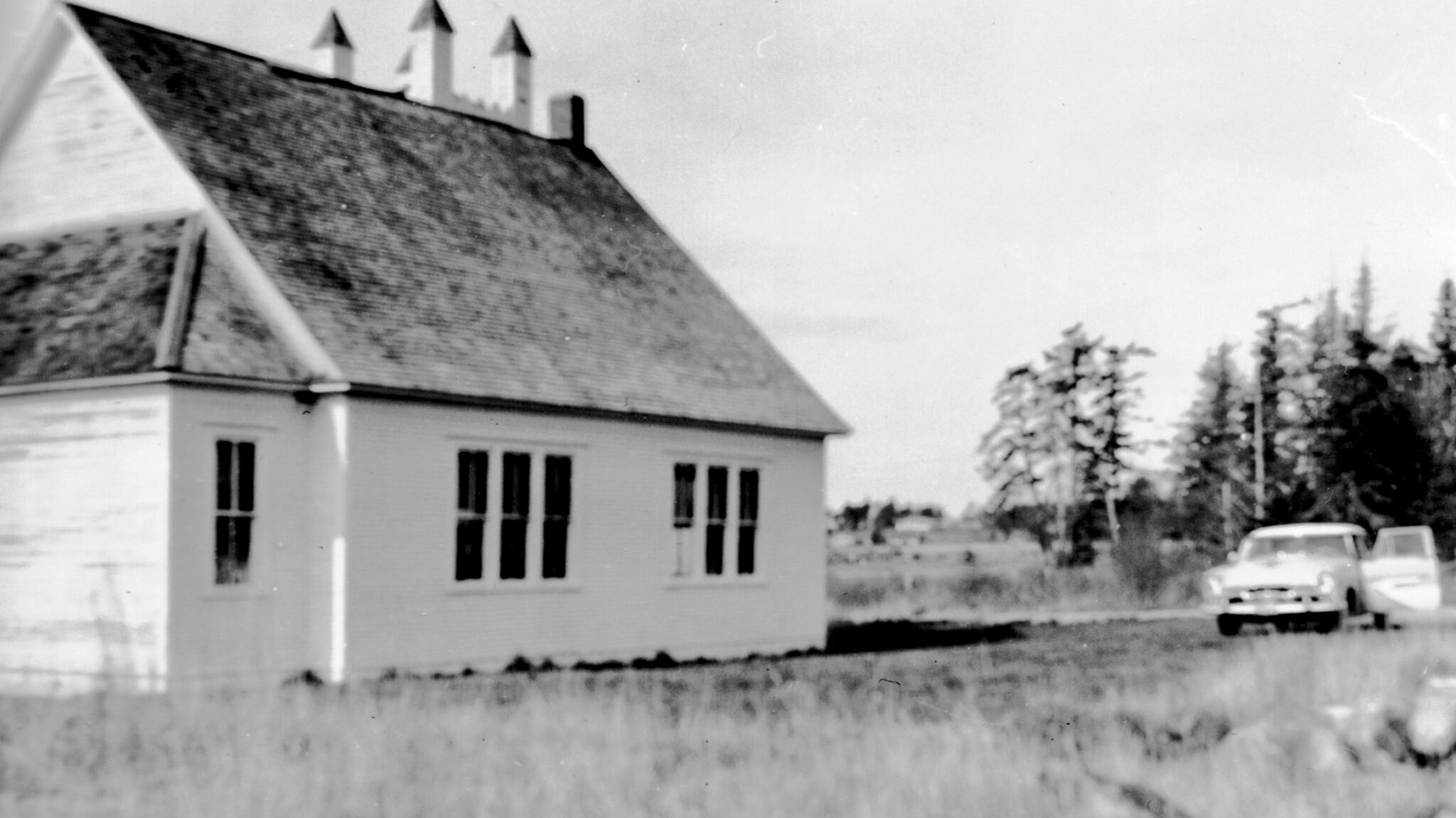 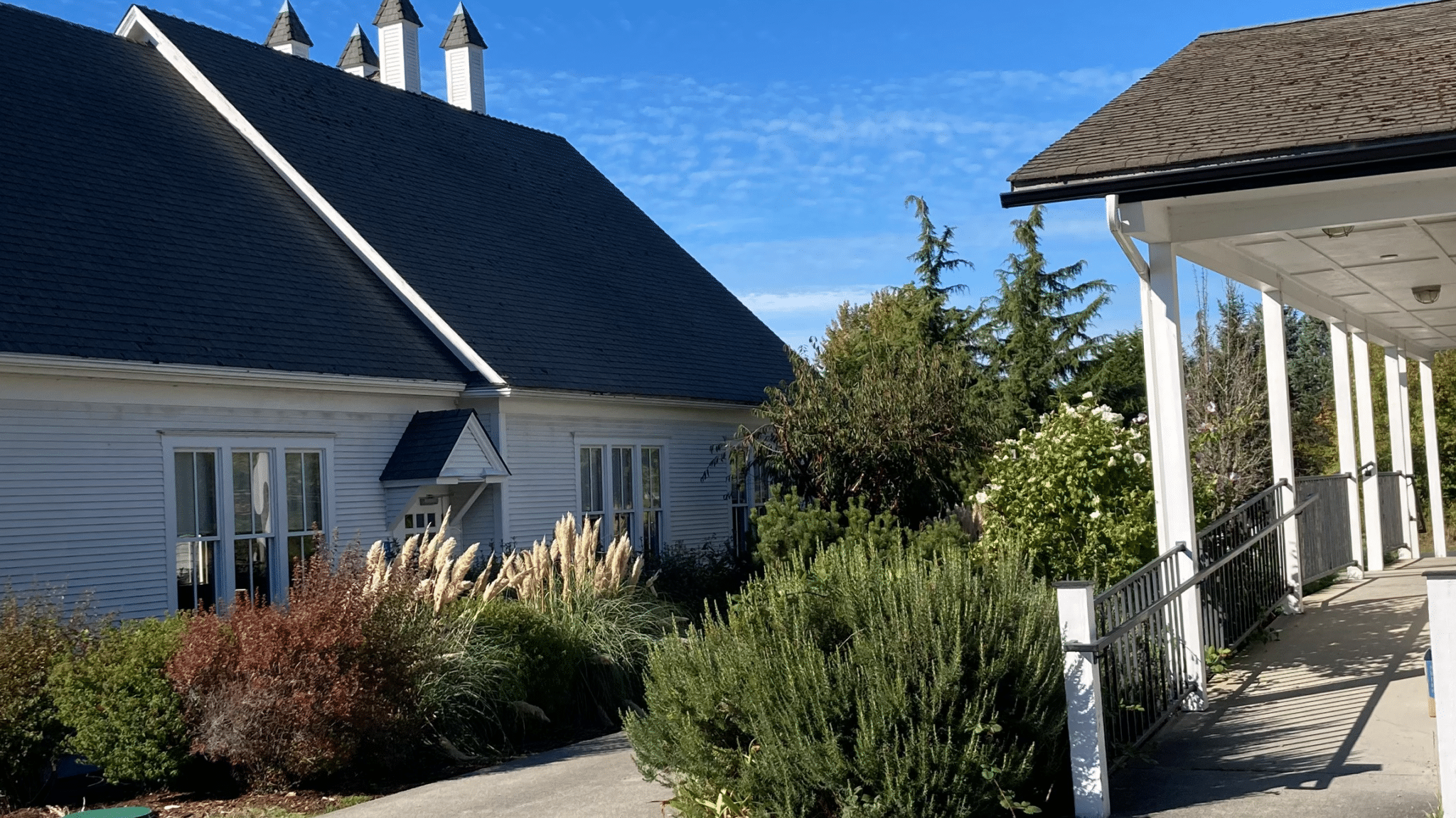 Above: The Congregational Church before the Fellowship Hall was built next door, and before much of the village was expanded. The present day church has been expanded to include space behind the sanctuary. 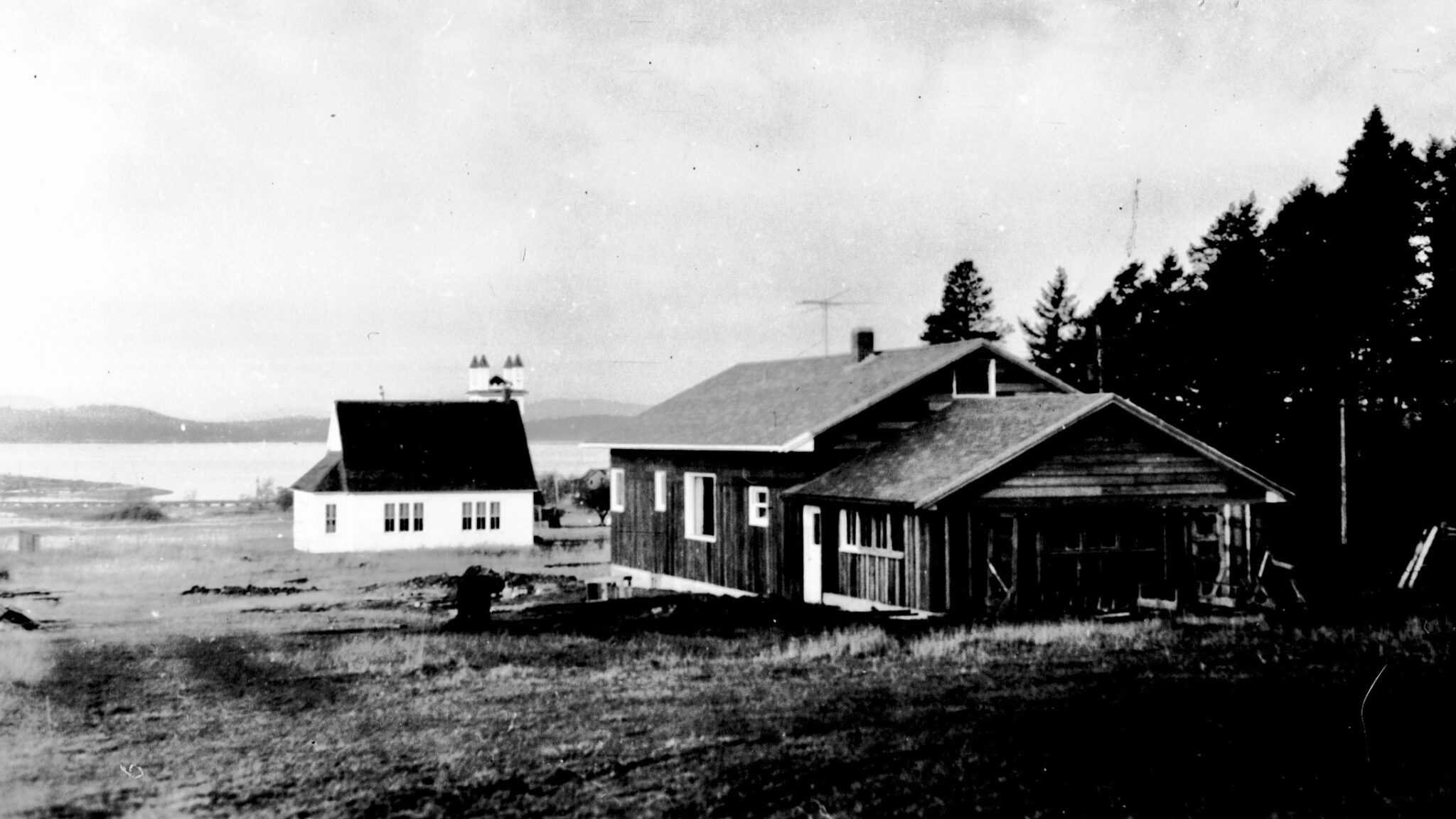 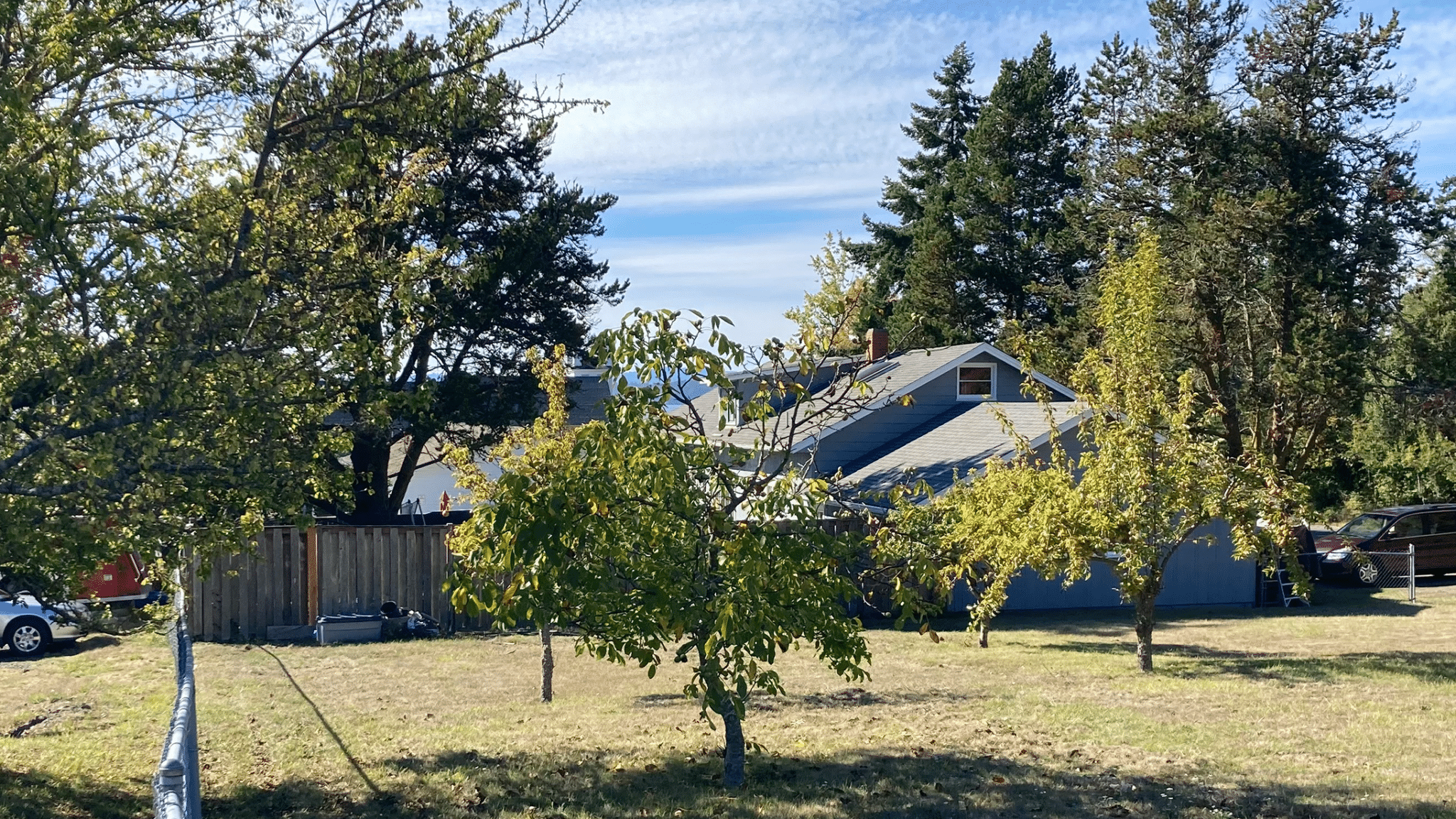 Above: Looking west at the church after the parsonage was built. The present-day village is slightly more crowded and the water or church cannot be seen behind the trees. 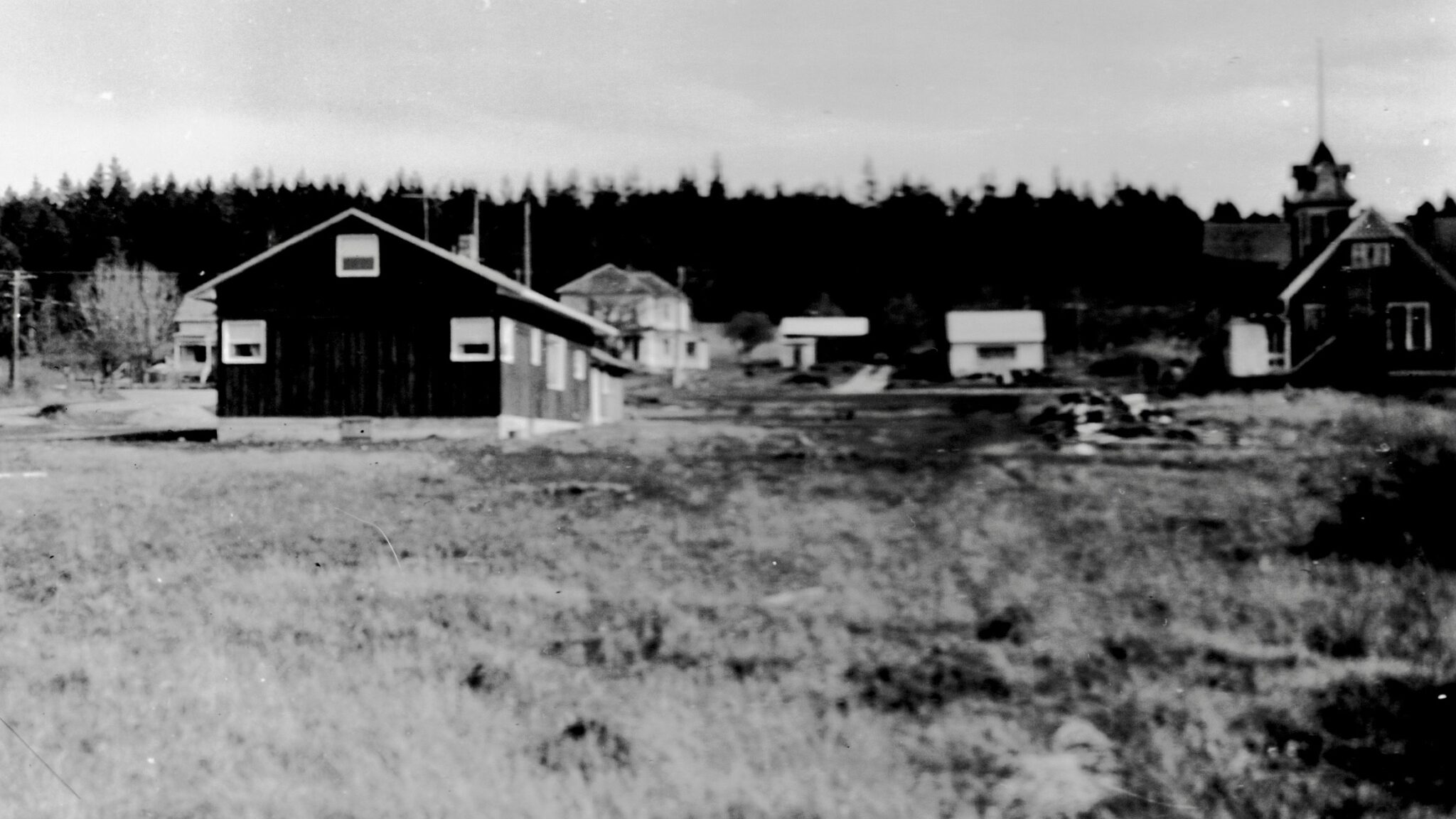 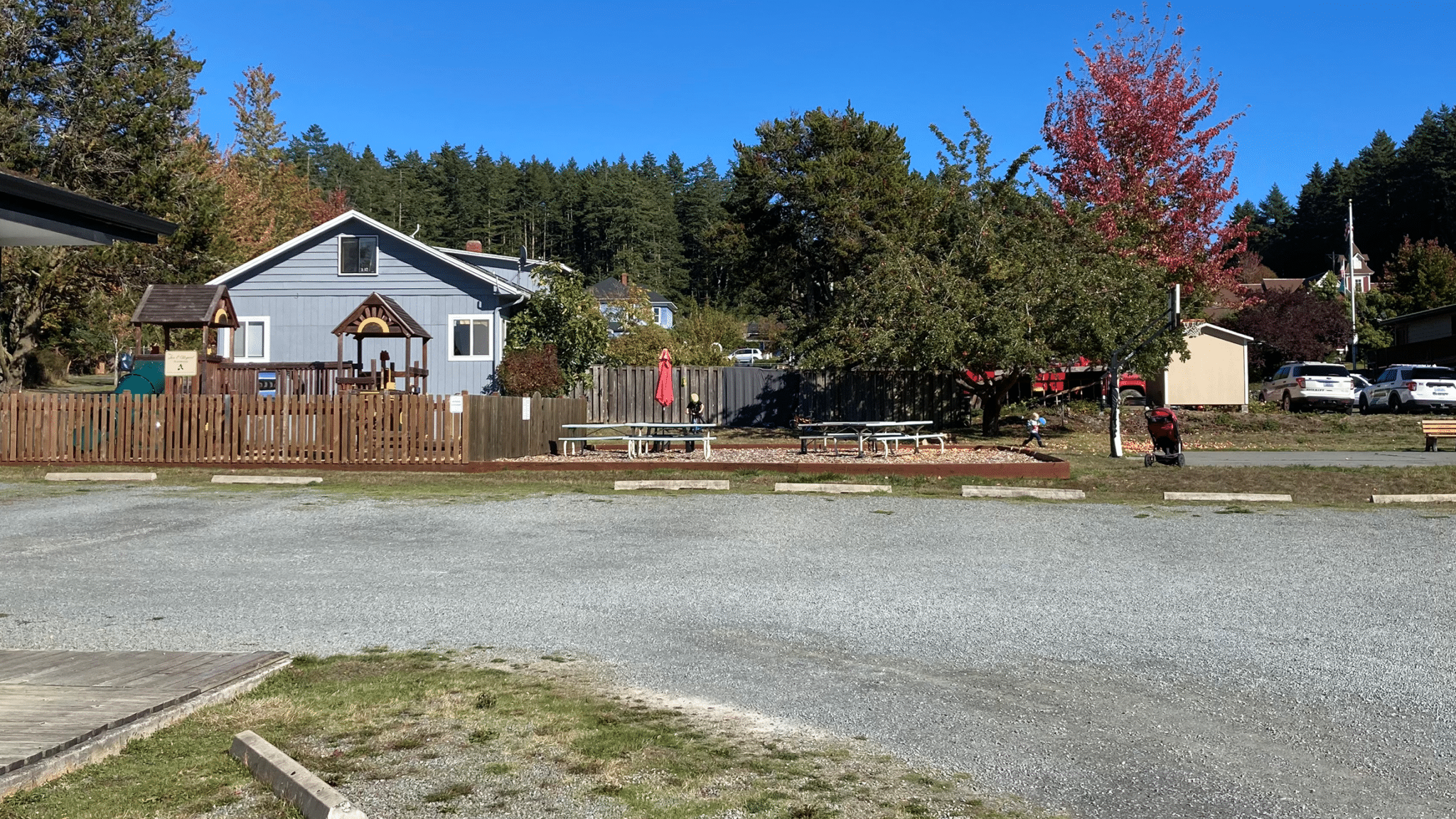 Above: Looking east at the parsonage and church property, which expanded to include a parking lot, basketball court, and playground. The present-day library building is the firehall in the old picture.